How To Study Revelation: There are many interpretive views to the book of Revelation and because of this, most people stay away from it. And yet, God has promised a blessing on those who read it and obey it.

As the Bible says at the beginning of the book of Revelation, “God blesses the one who reads this prophecy to the church, and he blesses all who listen to it and obey what it says. For the time is near when these things will happen” (Revelation 1:3). 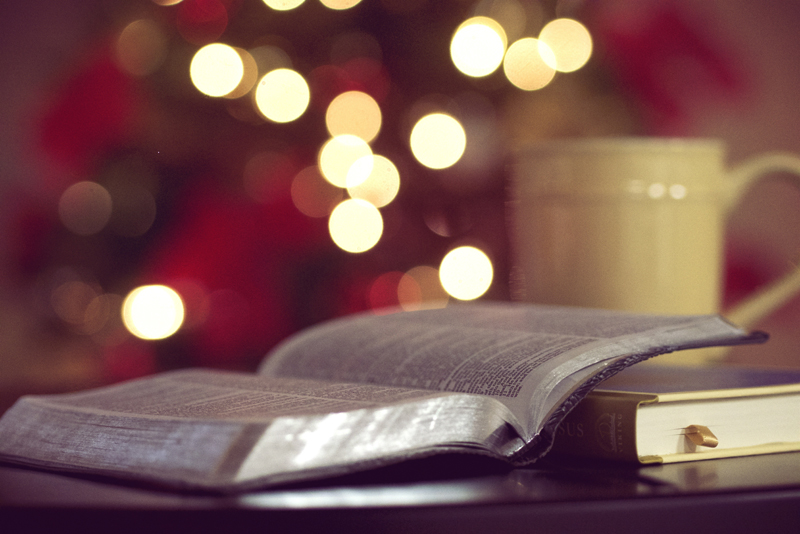 How To Study Revelation?

When it comes to the book of Revelation, we need to study it as we would study any other book of the Bible.

The study method should involve observation, interpretation and application.

Once we have completed our observation, we need to interpret and apply. This is no different to studying other books of the Bible.

If we are going to understand the book of Revelation, then we need to start with literary form, literary structure and literary atmosphere.

The literary genres (forms) of Revelation are apocalyptic, prophetic and epistle (letter).

A letter is usually written to address specific circumstances or problems with information that would be understood by the readers. The beginning and ending of Revelation resembles the format of a letter.

What is the significance of putting this altogether? It helps us understand Revelation.

Someone said this, “If you are God’s people living under an oppressive regime, an apocalypse might help you to reinterpret that situation and see it in a brand new light.” 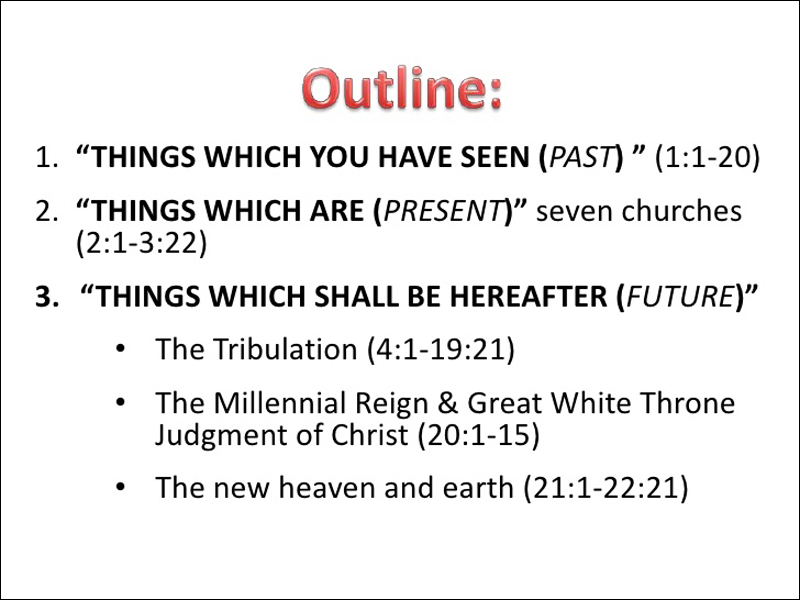 The architecture of chapters four to nineteen involves a seven-fold structure – seven seals, seven trumpets and seven bowls judgments. This is often referred to as a heptadic structure.

Between the sixth and seventh seal judgments we have an interval which introduces us to two important groups who survive God’s judgment upon the unbelieving world – the 144,000 Jewish evangelists (7:1-8) and a multitude of martyrs (7:9-17).

Between the sixth and seventh trumpet judgments, we have another interval which introduces us to the seven great personages of the end times. In chapter five, we see the first five great personages – the woman (the nation of Israel), the man-child (Jesus Christ), the Red Dragon (Satan) and Michael the archangel. In chapter thirteen, we are introduced to the beast of the sea and the beast of the earth.

Between the sixth and seventh bowl judgments, we have another very brief interval where the Lord proclaims a special blessing on the tribulation saints (16:15).
Once we understand the literary structure of Revelation, our study of Revelation will become easier.

Literary atmosphere changes as we read through the book of Revelation. Atmosphere is all about putting ourselves in the author’s shoes. What is the setting? What is the feeling? This helps bring greater understanding to the study and application of God’s word.

How to study Revelation is no different than studying any other book of the Bible – observe, interpret and apply.

How To Study Revelation Resource Material

Understanding and Applying the Bible by Robertson McQuilkin